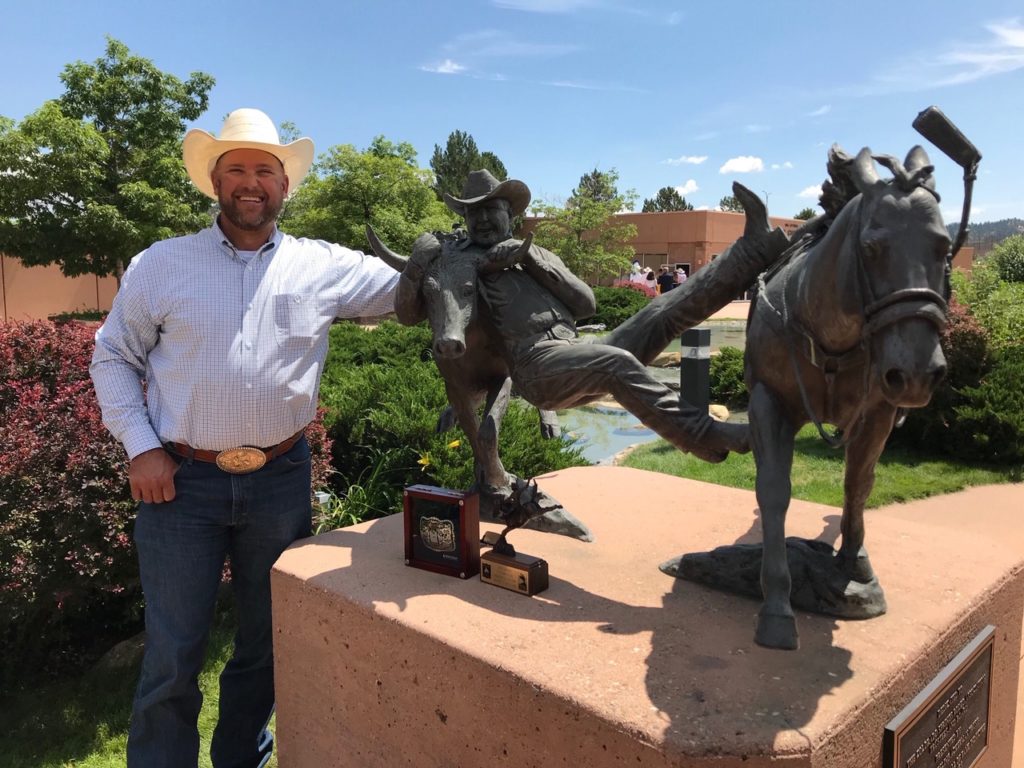 Dean Gorsuch was in Colorado Springs for the ultimate honor this last weekend.

The local cowboy is now forever a Rodeo legend.

Dean Gorsuch, a Mullen native and resident of Gering, was officially enshrined in the Pro Rodeo Hall of Fame over the weekend in Colorado Springs.

The two-time World Champion steer wrestler joined KNEB Sports this morning to talk about the accomplishment, the weekend, and more.

Gorsuch started his PRCA career in 2002. Those two steer wrestling championships came in 2006 and 2008.

In his career, Gorsuch was an eight time qualifier for the Wrangler National Finals Rodeo and he also competed at the RAM National Circuit Finals Rodeo in 2005 and 2010 and was named a Tour champion in 2006 and 2008.

Gorsuch stepped away from the pro circuit in 2016 to enjoy family life with his wife Becca and their three sons.

Dean Gorsuch has been immortalized forever having joined the Pro Rodeo Hall of Fame.