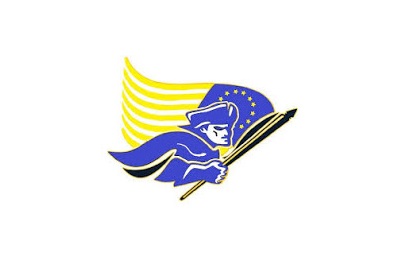 After forcing a punt, the Raiders started their first possession with the ball on their own 20, and marched 80 yards, ending the drive with a three-yard touchdown run by Logan Booth. The PAT made it 7-0 Raiders with 1:46 left in the first quarter.

Neither team scored again until two seconds left before halftime, as Arlington utilized a kick catch interference penalty, setting them up with the ball at the LVSS 21 with 27 seconds left in the half. The Eagles scored on a six-yard run by Josh Miller with two seconds left to tie the game 7-7 heading into the intermission.

The aiders started the third quarter with the ball at their own 33. hey went the 67 yards in just over six minutes, finishing with a six=yard scoring run by Riley Hoetfelker. The PAT made it 14-7 Raiders with 5:46 in the third.

The Eagles answered with a six plus minute drive of their own, and scored on a 12-yard pass from Miller to Logan Kaup. The PAT missed and LVSS led 14-13 with 11:12 to go in the game.

After the kickoff, Arlington had the ball on their own 30. The game came down to a fourth-and-fifteen play for the Eagles. Miller connected on a pass to Nick Smith, but the LVSS defense tackled him one yard short of the first down, forcing the turnover on downs and essentially sealing the 21-13 win for the Raiders.

Logan View/Scribner-Snyder is now 4-1 and will host Boys Town next Friday.