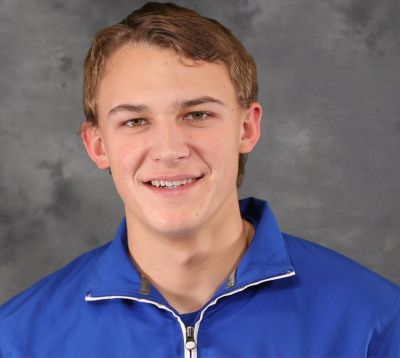 This was the first of a three-day meet with four Lopers competing later this weekend. Texas A&M-Kingsville is hosting the event at Javelina Stadium.

Not surprisingly 90 degree weather with heavy humidity and winds blowing close to 25 miles per hour greeted the first-day competitors. That whittled down the vault field quickly but Myers (Cairo) reached the initial height of 15-11.75 in his second attempt.

UNK’s first first-team outdoor All-American (places one through eight) since long jumper Brady Land in 2015, Myers cleared 16-3.50 and then 16-7.50 on his next two attempts. He was the first competitor to clear 16-7.50 and thus was briefly atop the leader board.

Myers failed at 16-11.50 and then passed on his third attempt. He bowed out of the competition after missing at 17-3.50; Mike Ford holds the UNK record at 17-2.75, set in April 2005. Myers’ new career-best places him third on the UNK all-time top 10 and he is UNK’s third D2 pole vault all-time All-American, following Dakota Cochrane (2007 indoors) and Bailey Stapleman (2018 indoor and outdoor).

All five MIAA qualifiers finished in the top eight, led by runner up Vincent Hobbie of Central Missouri (17-3.50). Tommy Ansiel of Ohio’s Ceaderville won the national title by going 17-7.35. Overall the MIAA was second, third, fourth, sixth and eighth.