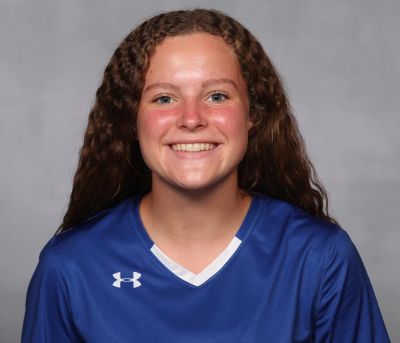 The Lopers (2-7-6, 1-3-4) beat the RiverHawks (10-4-1, 5-3-0) at home for the second straight season to keep its postseason hopes alive. UNK now has seven league points, good for 10th place in the standings and just a point behind two teams in eighth.

NSU, in second place in the MIAA, was riding a five-game winning streak and had outscored the competition by a 30-18 margin. However, none of the ‘Hawks 15 shots hit the back of the net as UNK recorded its sixth shutout of the season. The Lopers are among the stingiest teams in the MIAA having allowed the fourth fewest goals (15) in the MIAA.

Whiston (Lincoln East) recorded UNK’s second home goal of the season right before the break. Omaha senior Megan Merkel set up for one of the team’s four corners but instead of kicking the ball toward the goal she sent a short pass to a teammate. While NSU briefly gained possession, UNK got the ball back and Merkel got another crack, sending a centering pass that was headed out by an NSU defender. It went straight to Whiston who used her left foot to bang the ball in from about 18 yards out and into the upper left corner.

Overall UNK ended the night with six shots including two apiece by Norfolk senior Maddie Love and Kansas junior Alex Dayton. However, it was the defense that secured the team’s first home win since October 2018.

Merkel recorded a team save when she blocked one of NSU’s six second half corners. She was positioned in the right corner of the net when she used her body to block the ball. Thuss (Raymore, Mo.) stop shots in the 76th and 84th minutes with the Loper defense recording two more team saves down the stretch.

Prososki ended up with nine saves with Thuss making two. Five different ‘Hawks got off at least two shots with redshirt freshman Callie Rucker and senior Mariah Nicolet at three apiece. Nicolet came in with 10 goals on the season.

Finally Loper stalwart Willis (Kearney) went all 90 minutes tonight, per usual. She now has 6,451 minutes in her career, surpassing the previous Loper record of 6,436 set by Hastings native Marika Van Brocklin between 2014-17.

Nordaker reels in GPAC Attacker of the Week award