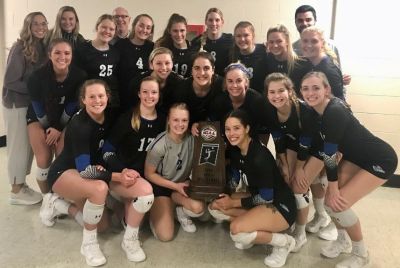 Things got off to a roaring start as the Lopers hit .395 (17-0-43) to roll in the first set. However Mo West held off UNK in the second set as the Blue & Gold uncharaterically committed nine unforced errors (five attack, three service, and one ball handling). The Lopers still almost won the set as it came back from deficits of 14-11, 21-18 and 24-21 to make it 24-23 on an ace from junior middle Anna Squiers (Kearney Catholic). But one of those unforced errors allowed the Griffs to escape and tie things at one on the scoreboard.

A 12-4 run in the third set finally allowed UNK to take control of the match. That broke a nine-all tie and featured three straight kills by Wolfe (Omaha Marian), another Squiers ace and four unforced Mo West miscues. Finally the Lopers closed the night on an 8-4 run with Jackson (Bonner Springs, Kan.) having six of her 13 kills in this set.

The 104 digs are the third most of 2019, trailing only 110 vs. Rockhurst and 107 at Northwest Missouri. Both of those were also four set wins. Wolfe (25), Lincoln sophomore libero Lindsay Nottlemann (23), and Jackson (16) led in this area with Wolfe’s tally a new career-high.

UNK hosts Missouri Southern and Pitt State next weekend to close out the regular season.