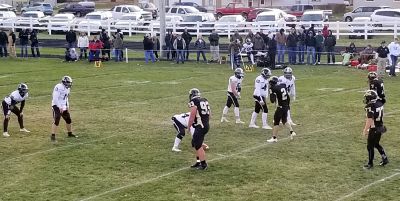 McCool Junction scored on its first seven possessions of the first half and cruised to a 63-16 win over Eustis- Farnam in the Six Man Football Quarterfinals on Friday. The Mustangs led 18-0 at the end of the first and 47-0 at half. Owen McDonald accounted for five touchdowns and rushed for over 200 yards as the Mustangs improved to 10-0 and advance to the State Semifinals for the first time in school history. Eustis-Farnam ends the year at 7-3. Tanner Fangmeyer threw a couple of touchdown strikes for the Knights.  McCool Junction will play next Friday at Cody-Kilgore who defeated Arthur County on Friday afternoon.