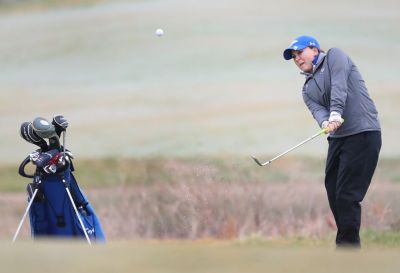 Kearney, Neb. – Nebraska-Kearney senior golfer Maaika Mestl has been named to the 2019 Women’s Golf Coaches Association (WGCA) All-American Scholar team. A total of 1,097 women from all three NCAA Divisions were honored. To be considered a golfer must have at least a 3.50 cumulative grade point average, been at her school one full year, have played in 50% of the team’s scheduled rounds and have a head coach who is an active WGCA member.

Mestl (Ogallala), who also earned this honor in 2018, graduated with a 4.00 GPA as an Elementary Education K-6 major and began work on a Master’s in the spring. She also worked as a para at Meadowlark Elementary. On the course Mestl was one of UNK’s top players in 2018-19, playing in all 21 rounds and ranking second on the team with a 79.19 stroke average. Her year included nine rounds between 74 and 79 as she helped UNK reach NCAA Regionals for a third straight season. Finally, Mestl ended a four-year career with the second most rounds (83) in Loper lore as well as the ninth (83.71) lowest stroke average.