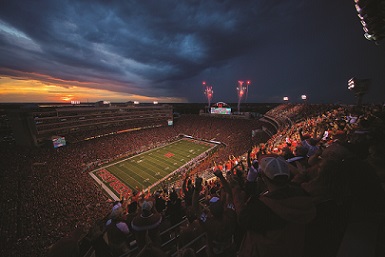 The Huskers will take on Louisiana Tech on Sept. 23, 2023 in Lincoln, finalizing the 2023 schedule.  Nebraska will also play at Colorado on Sept. 9, and play host to Northern Illinois on Sept. 16 during the 2023 non-conference season.

The meeting with Louisiana Tech will be the third between the two programs. Nebraska defeated the Bulldogs, 56-27, in the 1998 Eddie Robinson Football Classic in Lincoln. The most recent meeting occurred in 2006 in Lincoln with the Huskers knocking off Louisiana Tech, 49-10.

Nebraska also announced that a 2021 matchup with Northern Illinois in Lincoln has been moved to the 2027 season. The fourth game in the series between the schools will now be played on Sept. 4, 2027, at Memorial Stadium. The Huskies visited Lincoln earlier this season and in 2017, and will also play at Memorial Stadium in 2023.

Nordaker reels in GPAC Attacker of the Week award