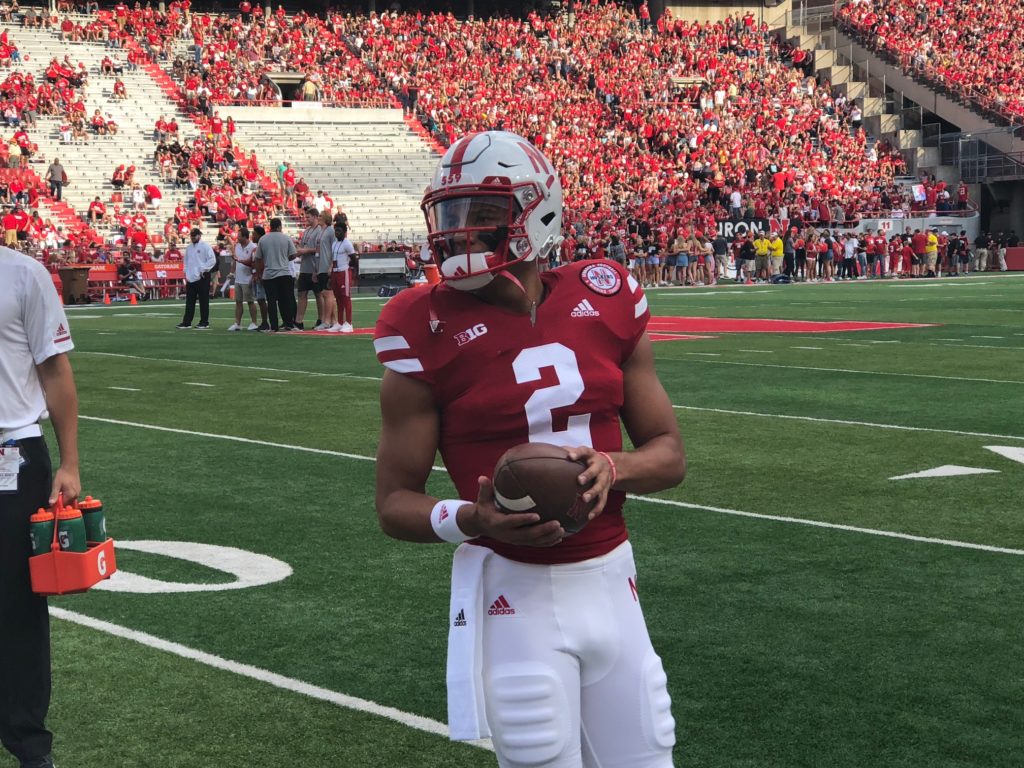 Last year at this time there were many discussions as to who would be the quarterback for the University of Nebraska Lincoln Football team. This season, there is no doubt whatsoever who will be taking the snaps in the high-powered offense under the direction of Scott Frost.  Now as a sophomore, Adrian Martinez will look to make the next step and take this offense to a whole new level in hopes that it translates to more wins for the Huskers.

Martinez showed off his abilities last season, specifically in the second half of the season as he dealt with a knee injury. The dual-threat athlete had 2,617 yards passing, 17 touchdowns, and eight interceptions. He also posted a completion percentage of 65% as well. What was also so impressive about Martinez was his ability to run as well with 629 yards rushing and eight touchdowns. For Martinez, he will need to continue to improve the decision making aspect. He won’t have the safety valve of Stanley Morgan Jr. due to graduation, so Martinez will need to make great decisions. When running the ball, the speedster needs to make sure he is protecting the rock because we did see him put it on the deck a lot as well.

Andrew Bunch did a solid job backing up Martinez and is a viable option on the field as well. The sophomore was 31-47 with 320 yards, two touchdowns, and two interceptions. He also has some good speed as well, but with limited options behind him when he was at the starting spot he didn’t get to show off that speed.

The Wahoo-Neumann product Noah Vedral will also be in the mix for the backup position at quarterback. Vedral has some nice tools as well with a solid arm and speed as well. Of course, he knows the offense very well, being under it now for three years.

True freshman Luke McCaffery was one of the nations best dual-threat quarterbacks in this year’s recruiting class. In his senior season, he threw for 2,202 yards and 21 touchdowns. He added 526 yards and eight touchdowns on the ground as well.

Martinez is the clear starter, but the Huskers have some solid players with some talent as well.

Fall Sports up in the air for UNK