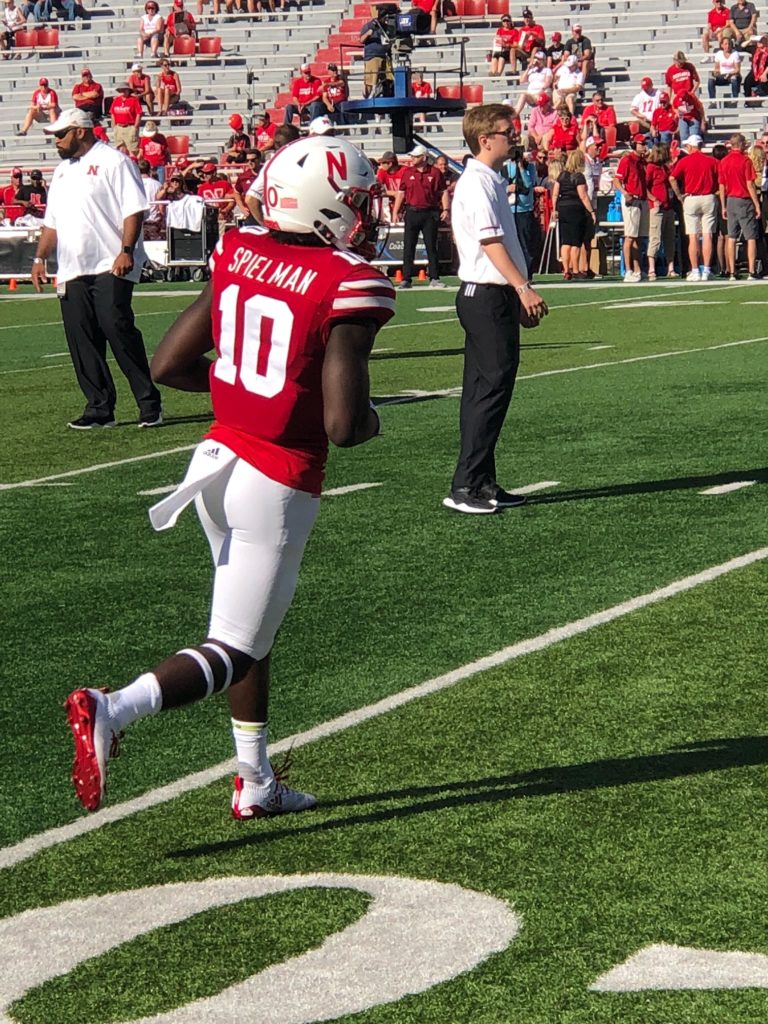 It will be a much different group of wideouts this season for Nebraska as senior Stanley Morgan Jr. graduates. Morgan Jr. became the first Husker in history to reach 1,000 yards in a single season. Morgan Jr. ended his career with some fantastic numbers including 189 receptions, 2,747 yards, and 22 touchdowns. To replace that production it will be tough, but the Big Red has some really solid receivers for this upcoming season.

The most notable name is junior JD Spielman. Spielman has been the second leading receiver the last two seasons surpassing 800 yards each year. This most recent year for Spielman, he had 66 catches, 818 yards, and 8 touchdowns. The junior has great speed, fantastic hands, and can lineup as an outside receiver or in the slot. Spielman will be the clear-cut go-to-guy this season for the Huskers and the main target for sophomore quarterback Adrian Martinez.

Following Spielman, there are a few guys that saw playing time last year, but the production is a major drop off. Senior Mike Williams will be an athlete that they will look upon to produce more for the Big Red. Last season after transferring from his previous JUCO School, Williams adjusted to the Division 1 side of things. Williams had 12 catches for 122 yards but the senior blocks at a very high level, but they will need him to have more receptions, yards, and scores for this offense to have success.

Kade Warner also saw the field a fair amount last year as he recorded 17 catches for 95 yards. He showed off his ability to get open by running great routes. He finished off those routes with some impressive catches to move the chains as well. Warner will be looked upon to be a safety valve for Martinez in the passing game.

The wildcard amongst the wide receivers is true freshman Wandale Robinson. Robinson is the heralded recruit out of Kentucky as a 4-star athlete who can do a variety of things. Don’t be surprised if you see Robinson line up in the slot and in the running back position as well. The 5-10 185 pound freshman had an illustrious career as he accumulated 8,582 yards of total offense and 118 touchdowns. He rushed for 6,795 yards and 97 touchdowns while adding 1,787 yards receiving and 21 touchdowns. The young man has a great opportunity to make some big plays this season.