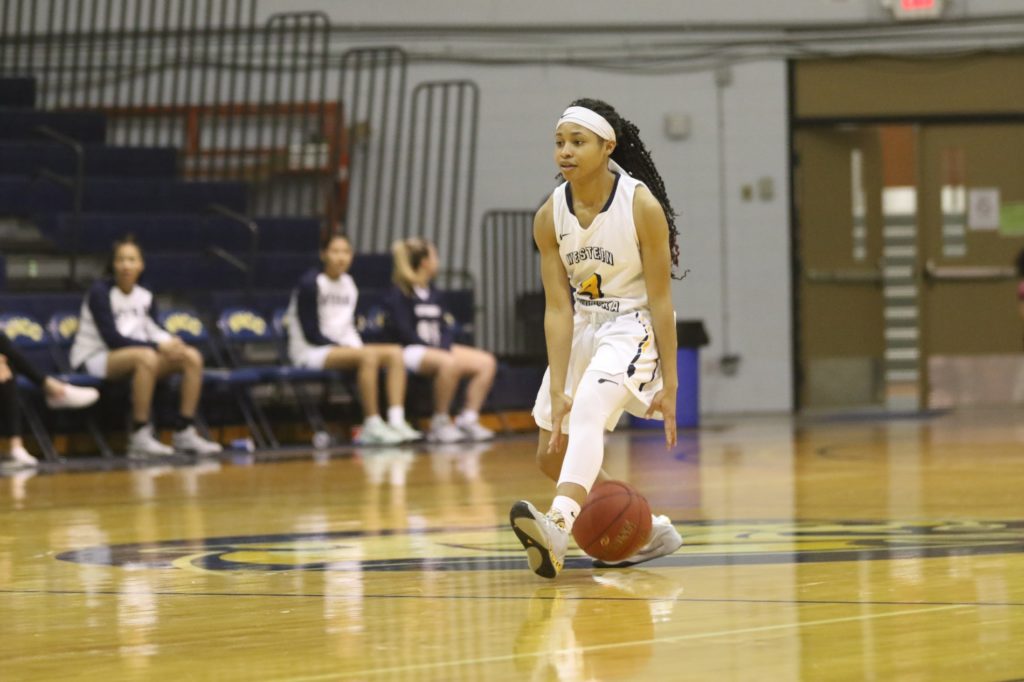 The No. 3-ranked Western Nebraska Community College women’s basketball team buried 13 3-pointers and never trailed in the game against Otero Junior College in rolling to a 90-60 win over the Rattlers.

R’Manie Pulling, who finished with 19 points including three 3-pointers, said the team played well as a unit to get the win.

“We played great today. Everybody was on point,” the sophomore from Denver said. “Everybody was focused in. Everybody did something to contribute to our win. It was a really good game.

Pulling said the quick start has been something that WNCC has been utilizing now for the past month.

“You know coach Gibney wants us to jump on them quick and keep the pedal to the metal and keep pushing,” Pulling said.

That is exactly what the Cougars did, too.

WNCC led 10-2 to start the contest as Tishara Morehouse buried back-to-back 3-pointers. WNCC went up double digits, 14-4 on a Lidsey Mahoukou bucket and led 23-11 after one quarter.

Otero sliced the lead to single digits at 25-16 only to watch the Cougars go up 29-16 on a Georgia Berry bucket. WNCC pushed the lead to 40-21 on back-to-back 3-pointers by Maddy Campbell and Morehouse. WNCC led at halftime 42-25.

WNCC continued excelling in the second half outscoring the Rattlers 48-35. WNCC led 58-39 before closing out the third quarter on a 10-2 run to lead 68-41 after three.

WNCC’s defense was huge, holding Otero to 18 percent shooting in the first half and 38 percent in the second half. Otero made just 4 of 24 treys in the contest, while making 20 of 21 free throws.

WNCC shot well all night long. WNCC shot 40 percent from the field and 43 percent from beyond the arc. The Cougars buried 13 treys on the night. Morehouse had six of the treys followed by Pulling with three.

The Cougars won the battle on the glass 51-43. Morehouse tallied eight rebounds while Yuliyana Valcheva and Mahoukou each had six.

WNCC had four players finish in double figures. Morehouse led all scorers with 27 points while Pulling had 19 points. Mahoukou had 17 points followed by Valcheva with 13.

WNCC, 20-1, will be back in action Monday when they head to Casper, Wyoming, for a Top 20 showdown with Casper College. Casper is ranked 19th in the country while WNCC is third.