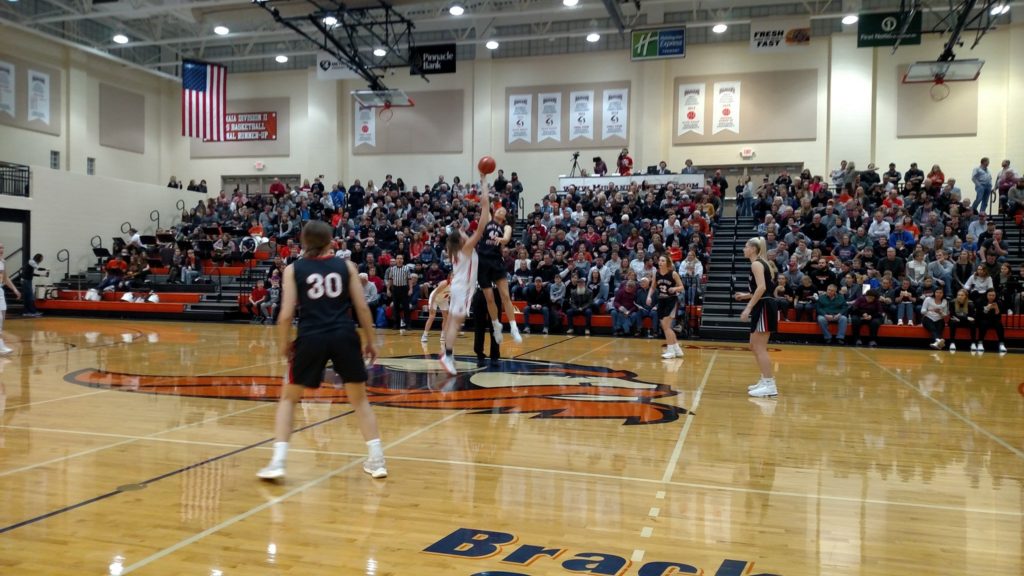 FREMONT – The old cliche in basketball is that free throws win championships.

If that’s the case, then there were plenty of opportunities for either team to win on Saturday when then 20-0 Oakland-Craig squared off with then 19-1 North Bend Central for the girls East Husker Conference Tournament championship at Midland University, in a game aired on 107.9 The Bull.

Oakland-Craig won the game in overtime 49-48, in a contest that saw both teams combine to shoot a total of 71 free throws.

The Knight held a slim 11-9 advantage after the first quarter, and went into halftime leading 17-12.

Both teams score nine points in the third quarter, and Oakland-Craig still led 26-21.

The Knights built a 14 point lead in the fourth quarter, and looked like they were going to run away with the lead, before NBC went on a scoring run.

The Tigers went off for 21 points in the fourth, and were able to tie the game at 42-42, forcing overtime.

Oakland-Craig outscored NBC 7-6 in the extra period, claiming the Conference title, while also beating NBC for the second time this season.

Kennedy Benne had 24 points to lead O-C, shooting 11-17 from the free throw line herself. Chaney Nelson added 10 points. As a team, the Knights were 18-33 at the foul line.

Sydney Emanuel had 12 points to lead NBC, and was one of four Tigers to foul out of the game. NBC was 18-38 from the free throw line as a team.

As the East Husker Conference Tournament champions, Oakland-Craig improves their record to 21-0 on the season. North Bend Central is now 19-2. 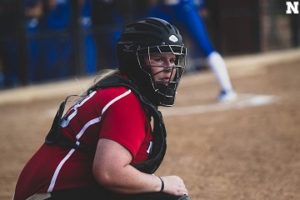