After sweeping the Fremont Moo in a two game series in early July, the Pioneers took the beating this time losing 5-3 in game one of their six game road and home stand with the Moo. Last night’s loss pulled them out of the trophy race, making it the first time in franchise history that Western Nebraska will not play in the championship series.

Kai Alberghini did all he could to help his ballclub get a win, going 2-4 with a two-run home run adding some web gems in left field. Pio starting pitcher Mikito Barkman kept his guys in the ballgame allowing four runs over six innings of work, snatching four strikeouts in the process.

Nine games back of first with nine games left to play seems like an impossible feat to overcome, but the key word in this sentence is “seems.” Even with the likelihood of maybe under one percent, the Pioneers still had a chance of going to the championship entering Tuesday night’s game. Western, who has scored 24 runs in two games this season at Moller Field, continued to obliterate the baseball early in the ballgame. In the second inning, Blaine Ray started things off with a single into left field before Kai Alberghini parked one over the Mini Monster Wall in left field that gave the Pios a 2-0 lead. Later in the inning, Cody Kehl, who went 2-4 with two doubles, hit a two out double scoring Josh Davis from third to increase the Western Nebraska lead to three.

Entering the third, Mikito Barkman got into some trouble to begin the inning, walking the lead off hitter in Nick Emanuel and allowing a single to third baseman Trevor Barajas. Now having to face the top of the lineup with two on and nobody out, Barkman got the next two hitters out in Ronnie McBride and Cooper Morrison via the punch out and a diving catch in foul territory by Alberghini. With Emanuel and Barajas still at bay at second and first it looked like Mikito was gonna have another scoreless inning, until the ball came off the bat of the next hitter in Ronnie McBride. McBride, coming into this one with five home runs and 32 RBI’s, picked up home run number six and RBI’s 33,34, and 35 when he smoked a three run shot well over the left field wall that tied the game at three.

The next two innings Mikito Barkman and Moo starter, Hilton Merhmann, were matching each other pitch for pitch, but Barkman couldn’t keep up with Merhmann in the sixth when he let up a solo home run to first baseman Jack Simenson to give the Moo their first lead of the ballgame. Mehrmann ended up throwing one more scoreless inning in the seventh to cap off one of his best performances of the year, giving up three runs in seven innings while collecting four strikeouts.

Barkman was replaced in the seventh by newly acquired righty out of Umpqua Community College in Carson Angeroth. After a scoreless seventh, and two quick outs to begin the eighth, Angeroth strangely lost control of where the baseball was going. Needing one more out to keep the Moo lead at one going into the ninth, Angeroth walked the designated hitter Matt Abdelnour, who eventually moved up to second on a wild pitch. The very next batter in left fielder Hayden Klemenock split the right-center field gap to score Abdelnour from scoring position and give Fremont some insurance heading into the final frame.

Grant Hubka, from Iowa Western Community College, came in to the ninth looking for his second save of the season. The righty was sporting an ERA of 0.81 coming into last night’s game one and was able to lower it by 0.6 points, as well as notch his second save with a clean ninth giving his team their first win of the season against the Western Nebraska Pioneers.

Western Nebraska falls now to 16-28 with eight games left to go in the season. The motivation for a 1st place spot isn’t there anymore for the Pios, but maybe the role of spoiler is in their desires, as they can maybe ruin Fremont’s Championship hopes by getting hot against them these next five days. The Moo have a two game lead over the Hastings Sodbusters in the Clark Division. 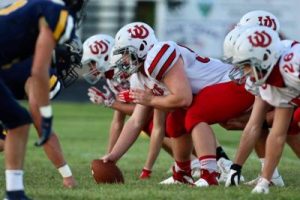