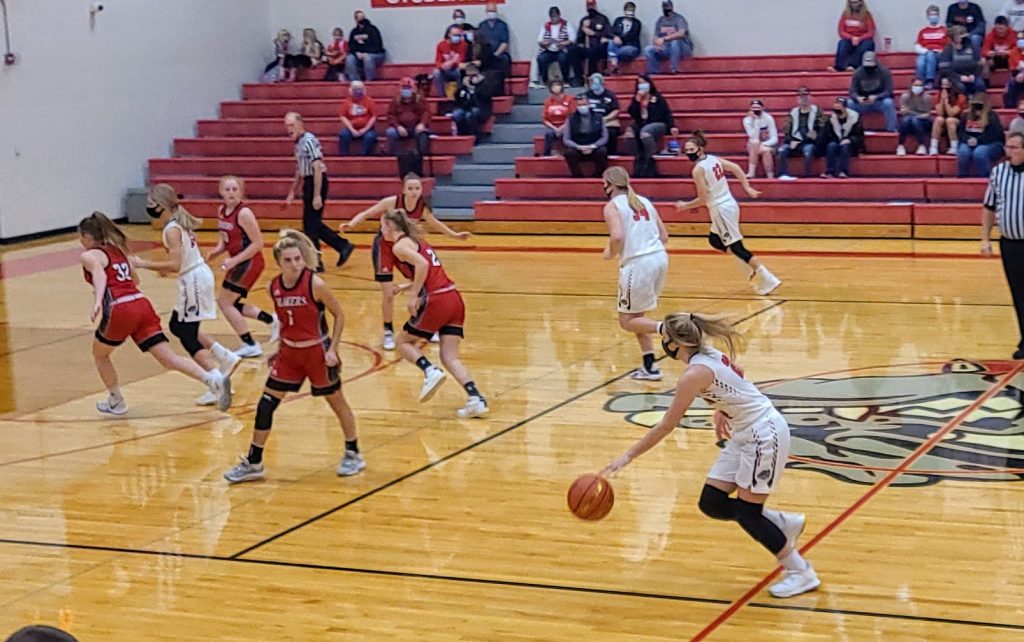 PLEASANTON – Cozad travelled to Pleasanton on Tuesday to take on a couple of good Class D teams in the Bulldogs. Pleasanton came away with two victories. The dominant Pleasanton girls won 64-22 and the boys got a tough victory 59-53.

You would be hard pressed to find a greater dynasty in basketball than what has been created in Pleasanton. This senior class is 75-2 during the regular season. The defending state champs in D1 return four starters and look very good again. Kaci Pierce led the way for the Bulldogs with 19 points, Katy Linder had 11 and Isabelle Paitz finished with 9.

Cozad hung in there early, but only managed two points in the second quarter. They Haymakers were led by Megan Dyer who scored six points. Cozad falls to 0-2 on the year Pleasanton is now 3-0.

The boys game was tight throughout. However, Cozad never led in the game, but kept it close. The Bulldogs size proved to be an issue for the scrappy Haymakers. Tyce Westland scored 23 points off of the bench for Pleasanton, many from deep in the lane. Pleasanton had a three point lead after one quarter, and a six point lead going into halftime. They would take a seven point lead into the fourth. The Haymakers threatened several time, but couldn’t get over the hump.

Jacob Weatherly had a great game, scoring 20 points to lead Cozad, Jace Thorell had another nice game, scoring 14 points.  They drop to 0-2 on the season, Pleasanton improves to 2-1.