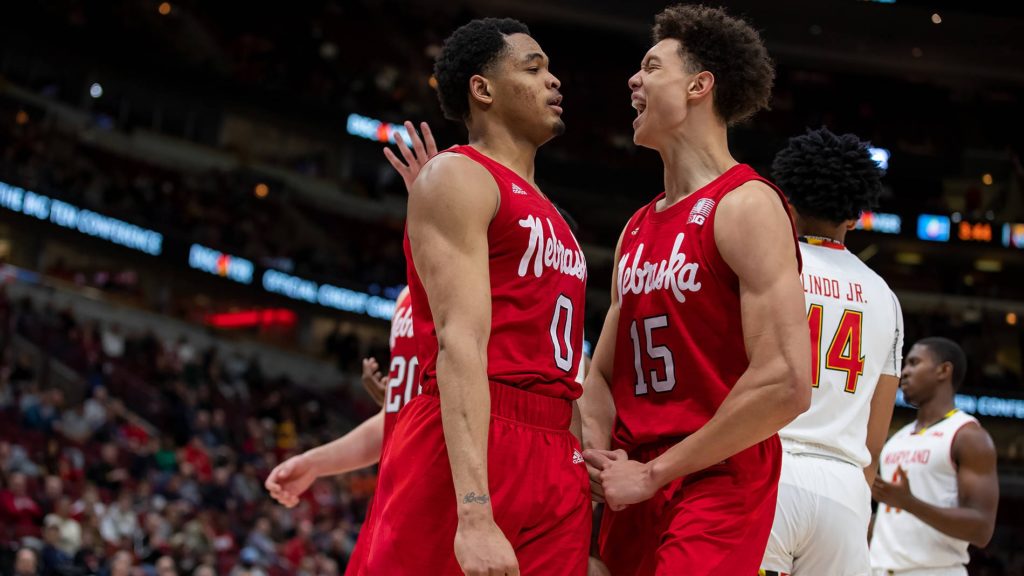 Lincoln – Husker basketball players Isaiah Roby and James Palmer Jr. have been crossing the country over the past month as they prepare for the start of their start of their professional careers.

The NBA Draft takes place at the Barclays Center Brooklyn on Thursday night starting at 6 p.m. (central). The event will be carried live on ESPN.

Roby has worked out for nearly a dozen teams during the pre-draft process, and most of the NBA Drafts have the 6-foot-8 forward pegged as a second-round pick. Of the seven mock drafts linked by NBA.com, Roby is listed in six of them, with projections ranging from 36th to 46th overall. If Roby is picked in that range, he would be the highest Husker taken in the NBA Draft since Tyronn Lue in 1998.

A three-year performer for the Huskers, Roby turned in a solid junior campaign, as he set career highs in scoring (11.8 ppg), rebounding (6.9 rpg), assists (1.9 apg) and steals (1.3 spg), while averaging 1.9 blocks per game. He was the only Big Ten player to rank in the top 10 in the conference in both steals and blocked shots, and Roby became just the second person in school history to have at least 50 steals and blocks in consecutive seasons.

Palmer has worked out for eight teams (Minnesota, Dallas, Philadelphia, Charlotte, Portland, Memphis, Golden State and Los Angeles Lakers) over the last three weeks. If he is not drafted Thursday, he would be a strong candidate to play in the NBA Summer League, following in the footsteps of recent Huskers Terran Petteway, Andrew White III, Shavon Shields and Tai Webster.

Palmer was a two-time All-Big Ten performer, averaging 18.5 points per game during his Husker career to rank second on NU’s career scoring chart. As a senior, he averaged 19.7 points, 4.2 rebounds, 3.0 assists and 1.4 steals per game to earn all-district and All-Big Ten honors. Earlier this spring, he played in the Reese’s College All-Star Game and was named to the Portsmouth Invitational All-Tournament team.

Glynn Watson Jr. is the third Husker who could make an NBA Summer League roster, as he finished his career with 1,531 points and ranked in the top 10 on NU career lists in steals (177, fourth), assists (382, seventh) and 3-pointers (184, fourth). As a senior, he started all 36 games and averaged a career-high 13.6 points per game along with 4.1 rebounds and 3.1 assists per game. He worked out for Sacramento earlier this month.

Isaac Copeland Jr. continues his rehab after tearing his ACL in January against Ohio State, and hopes to return to the court later this year to begin his professional career. Prior to his injury, Copeland averaged 14.0 points and 5.4 rebounds per game and was second on the Huskers in scoring, rebounding and blocked shots (0.9 bpg). The 6-foot-9 forward from Raleigh, N.C., started 53 straight games in his two years at Nebraska before the injury.