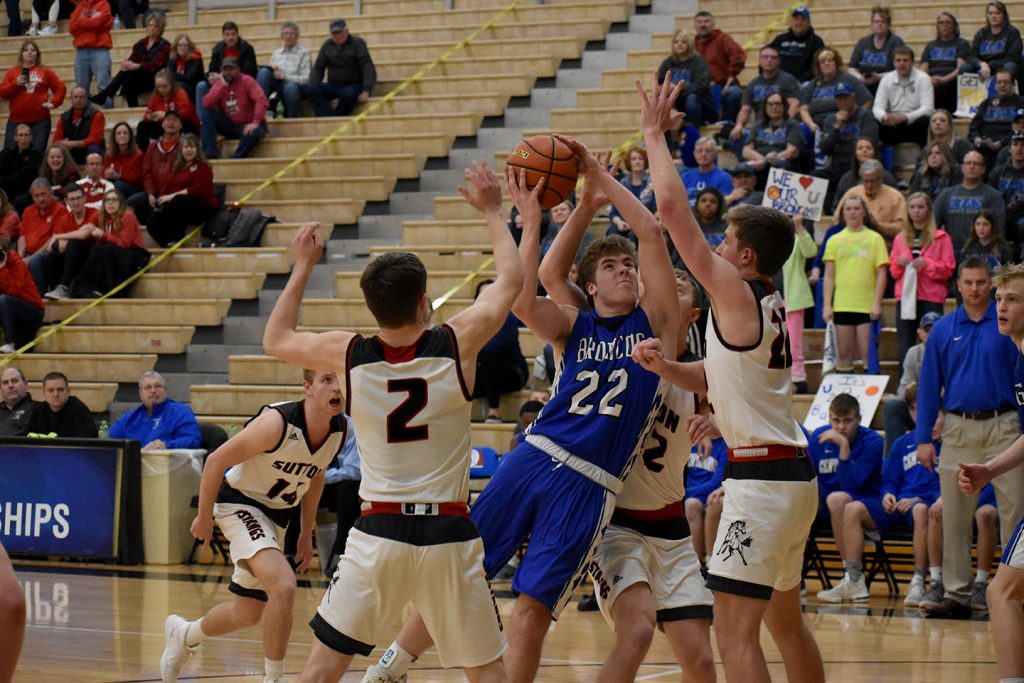 LINCOLN- For the third time this season Sutton and Centennial met up on the basketball court, and for the third time the Mustangs were victorious over the Broncos this time in the first round of the Class C2 NSAA Boys State Basketball Tournament. Sutton was able to capture the victory and advance to the semifinals by a final score of 55-48 in overtime.

At halftime, Centennial had a solid lead of 24-17, but in the Sutton, Mustangs got rolling in the second half and tied things up at 41 in the later stages of the game. Cade Wiseman was fouled with .4 seconds remaining and missed both free throws forcing overtime. In the extra period, Wiseman redeemed himself by hitting a big three-pointer and the Mustangs outscored Centennial 14-7 to seal the win.

Centennial’s sophomore standout Jake Bargen, who finished with 13 points, went out with an injury early in the third quarter. The Broncos end the season at 21-5.

Tyler Baldwin finished with 14 points for Sutton and they will now play #2 seed BRLD tonight at 8:45 P.M. and game can be heard on 104.9 Max Country.