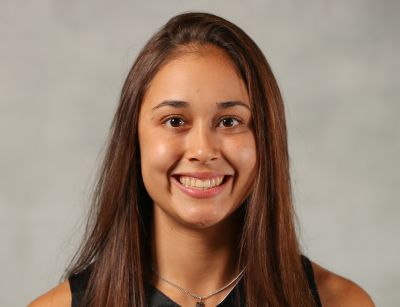 Playing a game for the first time in nearly two weeks, UNK improves to 3-0 while the Jets fall to 2-3. Kearney avenges a last second 66-65 lost at NU late last winter; that setback likely cost the team an NCAA Tournament bid.

“The first half we were where we wanted to be. We had 11 turnovers … we would’ve been plus six on possessions had we kept that (turnover) number down. You could tell we’ve been off for a while. A little bit winded but we showed some resilience at the end,” UNK assistant coach Devin Eighmey said on the KRVN Radio post-game show.

Facing a Newman squad that likes to grind it out and flashes a tough zone defense, UNK led nearly the entire night and by as many as nine points. The Lopers outscored Newman by a 17-9 margin in the third to open up a nice lead but the Jets hung around and made a move late.

A layup from Iowa junior forward Maegan Holt made it 48-39 with 4:46 to play but UNK wouldn’t score again until there was 40 seconds left. In between Newman hit two jumpers and sunk two free throws to make it a one possession game.

“We got quality minutes from everybody and I think our bench gave us good production. We had a nice rotation that gave us boost in the third quarter,” Eighmey said. “We had only four turnovers in the second half and that was big. We played confidently and made plays when we needed to.”

Simental went 4 of 9 from behind the arc to reach her point total. That gives her 98 triples (68 at UNK & 30 at Denver) in her career. She also had three assists, two rebounds and a steal in a team-high 31 minutes. Next, South Dakota junior wing Klaire Kirsch had another all-around effort (team-best eight boards, five points, and four assists) with Elkhorn junior post Brooke Carlson at nine points and four boards. Finally, the UNK bench supplied 13 points and 12 rebounds.

Newman got 14 points from junior forward Faith Mason-Vestal and 10 points from junior reserve guard Makayla Hayes. UNK was plus eight on the glass but committed 15 turnovers and finished 6 of 21 from downtown. The Jets sunk 7 of 10 free throws and went 2 of 13 from the three-point line.

“Three games in and with limited scrimmages and practices we’re still figuring things out. But it’s great to be 3-0 to start the year,” Eighmey said.

UNK heads to Central Oklahoma (2-1) on Saturday afternoon. The Bronchos were off tonight as their battle with Fort Hays State was pushed to January 2.

Kearney, Neb. – The Newman Jets scored six points in the final 46 seconds, including a three-point play by junior guard Joel Boyce, to get past Nebraska-Kearney, 64-61, Thursday night in Wichita.

With the late burst, the Jets (1-3) avenge a last second loss to the Lopers (1-3) a year ago in Fugate Gym. UNK was finally at full strength but starting point guard Sam Morris(Lincoln SE) was injured early in the second half and did not return.

In a back-and-forth game with a series of runs by each team, UNK saw Alliance senior forward Austin Luger get red hot late. He helped the Lopers rally from a four-point deficit by scoring 12 over the final 5:53. His fifth offensive rebound of the night led to a made free throw with 1:09 left, making it 61-58.

Newman, who struggled at times against a 2-3 zone, was just 4 of 14 from behind the arc but its last make came from well beyond the top of the key and tied things at 61 with 46 seconds eft. Bronx native Branden Bunn sunk the bomb; he finished 3 of 4 from long range. The Jets then forced UNK into a tough shot as a contested left wing three hit iron at the 16 second mark. After advancing the ball and calling a timeout, Newman threw the ball into the backcourt but a drive to the hoop found a cutting Boyce who converted a layup while being fouled. UNK then didn’t get a shot off in the final 1.6 seconds.

“There were so many plays that could’ve been made in the first half that would’ve taken a lot of pressure off of us. But we just didn’t make them,” UNK head coach Kevin Lofton said on the KRVN postgame show. “Credit to them. They’ve been in three games like this and they lost the previous two. They found a way to pull this one out.”

Boyce, who hails from Guyana, tallied a team-best 20 points on 7 of 8 field goal and 6 of 7 free throw shooting. He also had a team-best seven boards in 31 minutes. Bunn (11) was the only other Jet in double digits but eight others scored. In a game with nine lead changes and nine ties, Newman was plus five on the glass and got 21 points off the bench.

“We missed three (easy layups) in the first half and in the second half we had opportunities. Plays were called and we just didn’t execute them,” Lofton said. “On the last possession we wanted to get Austin on a backscreen to a post up. We just didn’t get into the play soon enough and they were able to guard it.”

Luger finished with his second career double double (14 & 10) with Utah senior guard Jake Walker again haunting the Jets. He finished with a team-high 18 points thanks to six made shots; he went for a career-best 25 points in a home win vs. NU last winter. Also for UNK, Texas senior reserve guard RJ Pair had 10 points and five assists in 29 minutes of work. The Lopers head to Central Oklahoma (0-3) on Saturday evening. The Bronchos game vs. Fort Hays State tonight was postponed until January 2.