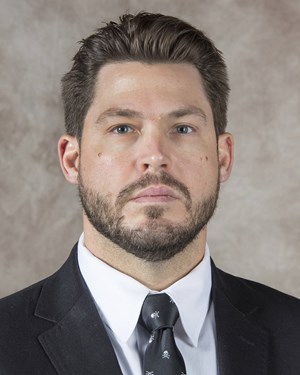 Members of the Nebraska football team and coaching staff answered media questions through video conference Tuesday afternoon to discuss the Huskers’ preparations for the upcoming season. Nebraska visits Ohio State in the season opener on Oct. 24

Defensive coordinator Erik Chinander spoke about the team’s operations being affected by the current COVID-19 protocols and the defensive unit’s preparation for the season.

“It’s been an ever-changing situation since this thing started,” Chinander said. “Coach Frost and the other people involved have done a great job getting a plan for us, getting a process for us. Right now, up until they let us put pads on, it’s been fundamentals. Getting the coverage pieces right, getting the rush lanes fixed. All the details stuff that shouldn’t get glossed over but sometimes do because you are trying to install defense, you are going against the offense and you have so much situational work.”

Players mentioned the emphasis on creating game-like energy as a focus for the team this offseason and with no fans scheduled to be in attendance at games, Chinander said the energy the Huskers generate for themselves is going to be important.

An additional month without pads for the players in practice has given Chinander and the rest of the staff more time to develop a plan for the abbreviated season.

“I have had the opportunity to talk to some coaches who played early, some friends in the business. What they thought they did wrong. What they thought they did right leading up to those games. Once again, Coach Frost has found a good balance for us,” Chinander said. “Not being the first ones to play, even though I would have loved to have played a month ago, I think gave us a little bit of an advantage to talk to a few people and find out how practices worked.”

As the team prepares for the season-opening matchup against Ohio State, Chinander sees the game as an opportunity to showcase the reasons for becoming Huskers.

“It’s a great opportunity for us for sure. Our guys are excited. They want to play the best teams. I want to coach against the best teams. We didn’t come to Nebraska to play a bunch of games that weren’t going to matter,” Chinander said. “We came here, just like every kid did, to play the big-time football games. And that is what we’ve got right away. It’s an awesome opportunity for us as a defense and as a team.”

Nebraska Linebacker JoJo Domann “To be the best, you’ve got to beat the best” | Press Conference