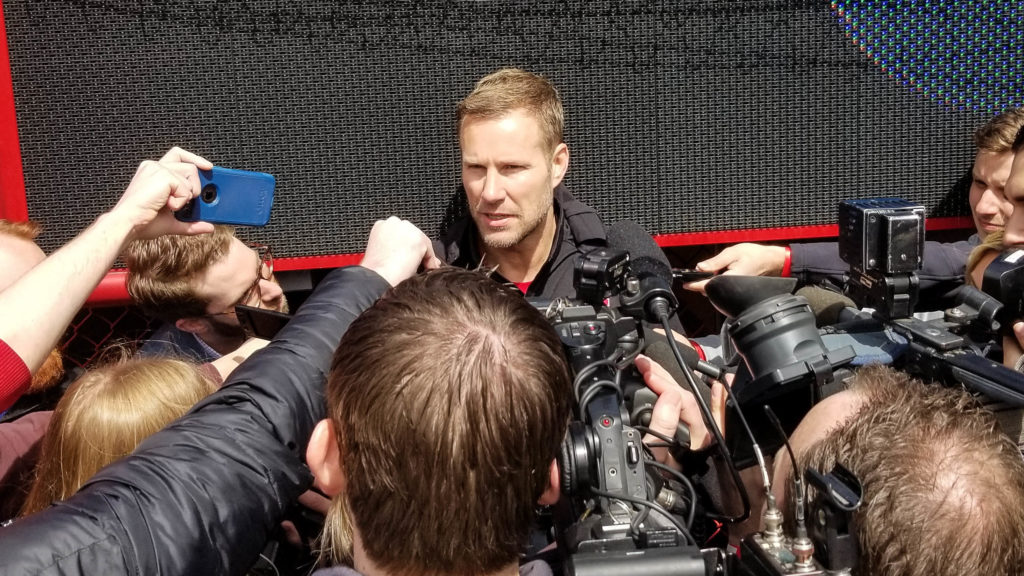 The Fred Hoiberg era for the Nebraska basketball program tips off on Wednesday, Oct. 30, as the Huskers take on Doane University in an exhibition contest at Pinnacle Bank Arena.

The Huskers and Tigers will tip off at 7 p.m., and while the matchup is sold out, a limited amount of tickets will be available at 10 a.m. on Oct. 30. Those tickets can be purchased online at Huskers.com/Tickets or by calling the NU Athletic Ticket Office at 800-8-BIGRED.

The exhibition game will not be televised, but carried online on BTN+ (subscription required) with Dustyn Stortzum and Buzzy Caruthers on the call. The exhibition game is one of four BTN+ broadcasts in 2019-20 and information is available at btnplus.com.

Fans can follow all of the action across the state of Nebraska on the Learfield-IMG Husker Sports Network with Kent Pavelka and Jake Muhleisen on the call. The game will also be available on Huskers.com, the Huskers app and TuneIn radio. The pregame show begins one hour prior to tipoff.

Wednesday’s game is the Huskers’ only exhibition contest before the season opener against UC Riverside on Nov. 5, and will give the 14 newcomers on the Nebraska roster an opportunity to play in Pinnacle Bank Arena before the season begins.

Of the 16 players on the 2019-20 Husker roster, only junior guard Thorir Thorbjarnarson has played at PBA prior to Wednesday’s exhibition contest, as he played in 25 games, including seven starts, a year ago and averaged 2.0 points and 2.1 rebounds per contest. He started the Huskers’ Big Ten Tournament and NIT games and closed the year with eight points, three rebounds, three assists and two steals against TCU.

Hoiberg will see a familiar face on the opposing sideline as Doane Coach Ian McKeithen was a basketball operations intern with the Timberwolves in 2007-08 while Hoiberg was assistant general manager.  McKeithen is beginning his fourth season in charge of the Tiger program, as the teams makes the 30-mile drive from campus to PBA