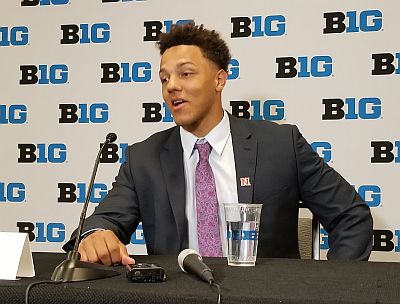 Chicago-Adrian Martinez made his way through the gauntlet of reporters at the first day of the Big Ten Football Media Days in Chicago. Big things are expected for the Sophomore who broke out last year for the Big Red. Martinez set 11 schools records for the Huskers despite being slowed early on in the season with a knee injury. He talks about where he hopes to be better in 2019.

Martinez was named preseason All Big Ten at Thursday’s Big Ten Media Days in Chicago. He and the Huskers will open up the season on August 31st at home against South Alabama.