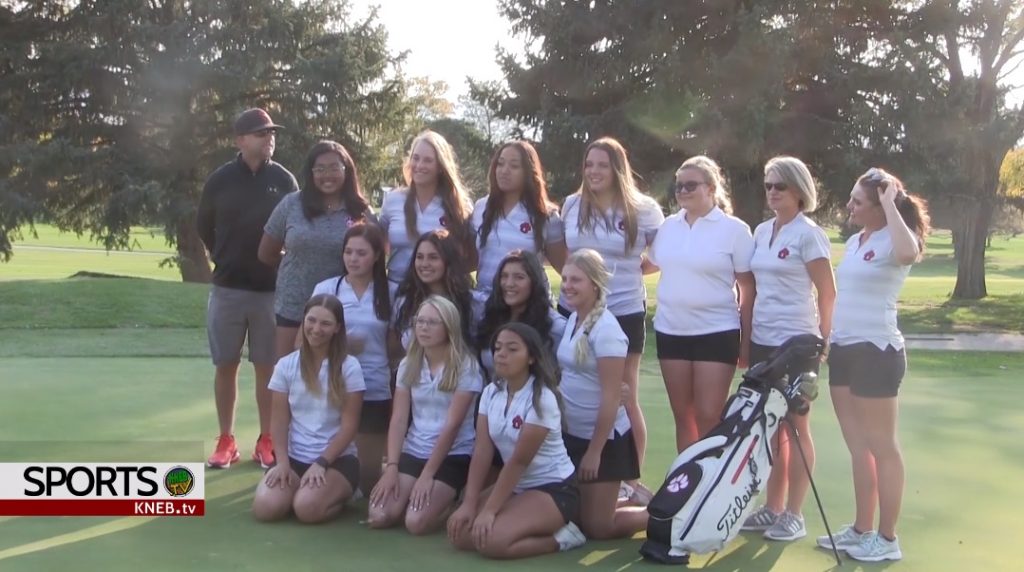 The NSAA Girls State Golf Championships come west for Class B this year. Monument Shadows Golf Course in Gering is hosting the Championship next Monday and Tuesday.

This tournament was originally scheduled for Scotts Bluff Country Club but was shifted to Monument Shadows last month.

Scottsbluff is looking like the heavy favorite going into this tournament after winning the title a year ago and bringing back all the key components from their 2019 team. The Cats are coming off a district title on Monday in McCook, where they shot 325 and won by 96 shots over second place Gering.

Gering and Alliance also qualified their teams through to the State Tournament after top three finishes at the district meet.

Gering’s Schlaepfer will be looking for her fourth state medal in four years of varsity competition.

Scottsbluff’s Krzyzanowski has medaled each of the last two years and last year as a freshman, Kelley tied for second place.

Teams and players can get in a practice round at Monument Shadows this Sunday and then the two day event will start on Monday morning at 9 am.