“I am very excited to announce the signings of these three student athletes to continue their careers at Wayne State,” said Coach Brink. “We feel that all of them will be able to help make an impact on our team. The fact that these athletes are also from northeast and north central Nebraska is great as well, as we are helping to support the mission of Wayne State College.”

Cody Crosley was a three-sport standout at Crofton High School, starting three years in football and basketball to go with four years in track and field. Last season as a junior, Crosley finished fifth in the Class C long jump at 20’ 4 ½” and holds the school record in the event at 21’ 11”. He was also an All-Mid States Conference football selection and played on the Class C2 state runner up team at Crofton as a freshman.

Dylan Kneifl is a high jumper from Wisner-Pilger High School, starting three years in track and field and football and two years in basketball. Last spring, Kneifl was the Class C state champion in the high jump clearing 6’ 6” and is a three-time Class C state qualifier in the event. He was named to the Norfolk Daily News All-Area Basketball Second Team this season as a senior and helped the Gators reach the Class D1 state football playoffs the past two seasons.

Kneifl says he had high hopes coming into this year before COVID-19 caused the season to be cancelled.

Kneifl says the school record is 6’8.

“We are very excited to sign someone who is a very good all-around athlete like Dylan,” commented Brink. “He is very explosive and feel has a lot of upside to continue to develop into a great high jumper. Being a state champion shows he has the right mental attitude to compete when the pressure is on, which is an important quality for any track and field athlete.”

Kneifl, who also considered a couple of NAIA schools, says WSC was the best opportunity for him.

Kneifl says Doane offered him in basketball as well, but he and his coach felt he would be more successful in Track.

He is the son of Sid and Heather Kneifl.

Kolton Needham is a hurdler/sprinter from North Central High School in Bassett, helping his team to a Class D state runner up finish in track and field last year and a third place finish in 2018. Last spring, Needham was a state qualifier in the 110 and 300 meter hurdles while running a leg on the fourth place 4 x 400 meter relay team. He was also a state qualifier in both hurdle events as a sophomore in 2018.

Needham holds the school record in the 300 meter hurdles and has the second-fastest time in the 110 hurdles. He was also a two-time All-Niobrara Valley Conference selection in basketball.

“Kolton is an athlete that we feel has a lot of potential in the hurdles,” remarked Coach Brink. “He is a tall, athletic young man that may even look at the multis as an event to pursue for us, which shows his all-around athletic abilities.” 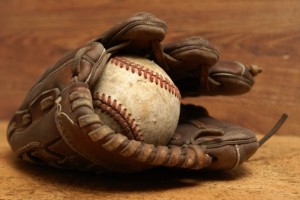 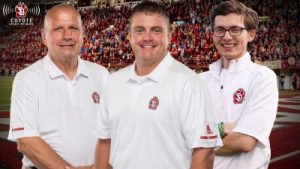