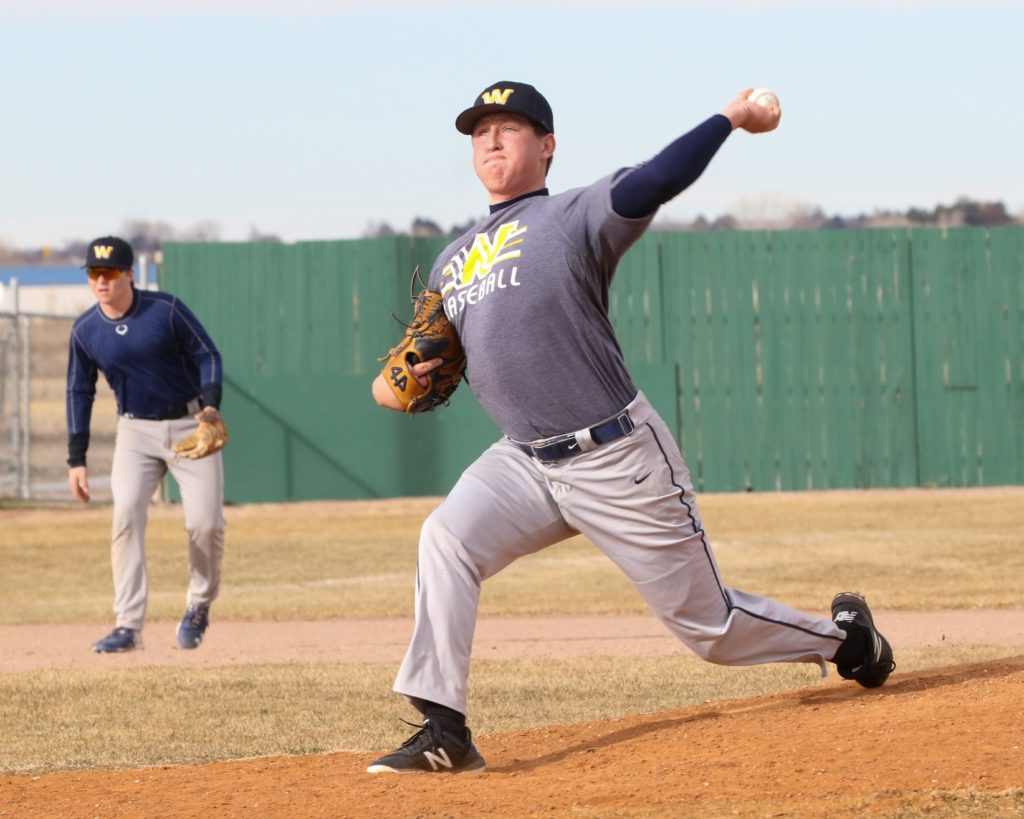 The season didn’t end the way the Western Nebraska Community College wanted it to a year ago and this year’s team is anxious to go out and finish that unfinished business from a year ago.

The Cougar team was one out from capturing their second Region IX title, but in the end, Lamar Community College came back to top WNCC in the first title game and then won the if-necessary game to earn the regional title.

That finish has put a new spin on the season for the Cougar men this year as many of the players on that team return and they would love to bring home a regional title to Scottsbluff.

“After being one out away from a Region IX championship, the guys have been motivated this entire year to get back on the field again and compete for another championship,” WNCC head coach Mike Jones said. “It has been a motivation and now it is time to go and play again. The thing is a lot of these sophomore understand they have a long ways to go and no reason to rush or panic.”

The WNCC and Dodge City contest will be interesting as Jones was the head coach at Dodge City before coming to WNCC.

After two days in New Mexico, WNCC will face Lamar Community College on Monday in a non-conference contest.

“The team is excited to play,” Jones said. “We are well organized and they are excited to play. The weather is going to be alright, so we will get a chance to get on the field and play and make a few mistakes and then come back and fix them.”

Jones knows they will see some good competition in New Mexico.

“We will see some good teams,” Jones said. “There will be plenty of talent all over the place. Whether we see everyone’s best game or their worst game, right now we have to focus on ourselves. We need to get on the field and get organized and understand how they are supposed to run an offense, how we are supposed to play defense, how we want to work over some hitters. It will be up to us to stay focused on ourselves.”

The Cougars have plenty of talent. They return xx sophomores and have some talented freshmen on the squad this year.

“There is plenty of talent,” Jones said. “There is guys with a lot of experience and a ton of college bats and a lot of innings on the mound. We have had nothing but positive practices throughout the fall and early in the spring. It is a good group of people. Everybody has the right goals and right mindset right now so we should be successful in the future.”

The pitching staff should be solid this season with 16 returners that saw action a year ago and a few newcomers.

“We have a lot of depth on the pitching staff,” Jones said. “That allows us to take our time early and get everybody their innings. There is no reason to run up any bodies pitch count. The first two weekends is an opportunity to build up arm strength and build up their pitch count. We are going to take our time with everybody and keep everyone healthy.”

The freshmen pitching prospects include a pair of WESTCO Zephyr players in Trent Richter and Paul Panduro. Other newcomers to the mound include Jerson Morales of Miami, Florida; Alan Cortes of Carolina, Puerto Rico; Corbin Kirk of Casper, Wyoming; Miguel Baez of the Dominican Republic; Will Potter of Toronto, Ontario; and Dawson Hurford of Victoria, British Columbia.

The offensive side of the plate should also be deep with plenty of returners coming back. The sophomore infielders and outfielders include Austin Abbott of Gering; Ty McAninch of Thornton, Colorado; Michael Felton of Loveland, Colorado; Luis Alcantara of Santo Domingo, Dominican Republic; Joey Olson of Olathe, Kansas; Ethan “Q” Miller of Centennial, Colorado; Matt Womack of Houston, Texas; John Betsch of Conifer, Colorado; Dermot Fritsch of Brisbane, Australia; and Hunter Nelson of Erie, Colorado.

The newcomers to the roster include plenty of players that red-shirted a year ago along with some true freshman. The first-year players include Orey Fricke of Ogallala; Jordan Rollins of Miami, Florida; Joe Kinneberg of Sandy, Utah; Jayden Orozco of Chandler, Arizona; and Caleb Coats of Katy, Texas.

WNCC’s goal is to win the Empire Conference and host the Region IX tournament in May. The team would also like to win a regional title. The first home game is slated for March 4 when they host Northeastern Junior College in a doubleheader. The regular season wraps ups May 2-3 when the Cougars host Lamar Community College in a 3-game series.