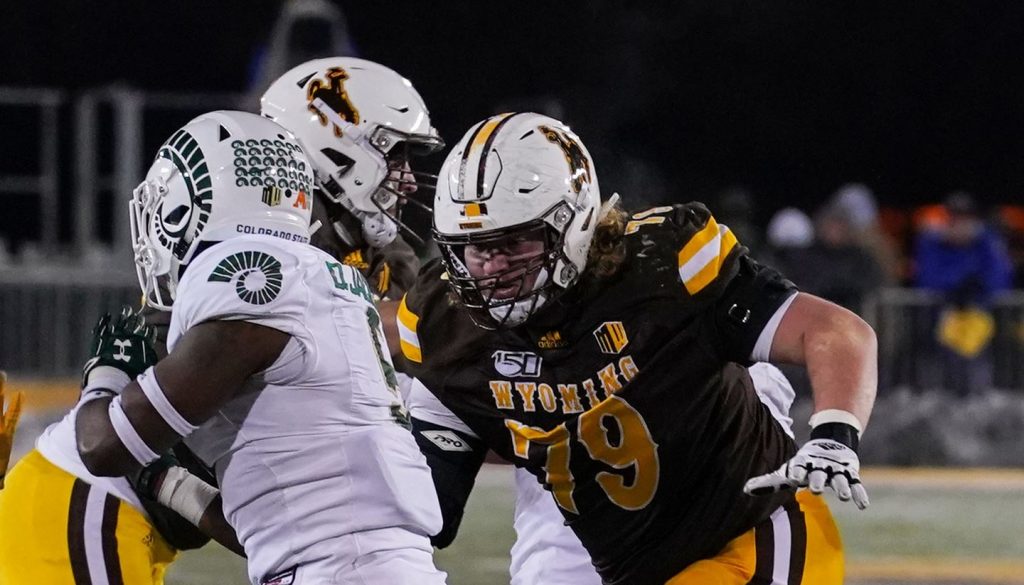 Laramie, Wyo. (Nov. 2, 2020) – The Wyoming Cowboys and Colorado State Rams will be playing for the 112th time this week in “The Border War”. The series is the oldest rivalry for both schools. The “Border War” series has been played in three different centuries, dating back to Nov. 30, 1899, when CSU won the first meeting 12-0 in Fort Collins, Colo.

This year’s meeting will be played on Thursday, Nov. 5. Wyoming will enter the game with a 1-1 record this season and is coming off a 31-7 home victory over Hawai’i. Colorado State is 0-1 on the season, with their one previous game being a 17-38 road loss at Fresno State. Friday’s game will kick off at 7 p.m., Mountain Time. CSU is not allowing fans at this week’s game. The game will be televised on CBS Sports Network and will be broadcast on radio over the Cowboy Sports Network. The radio broadcast will begin 90 minutes prior to kickoff with the pregame show.

Since the end of World War II, Wyoming and CSU have played every season for 75 consecutive seasons from 1946 to this season. Over the past 74 consecutive meetings, dating back to the 1946 season, Wyoming leads 43-31-0. Colorado State leads the overall series 58-48-5.

The Wyoming defense has been impressive through the first two games of the 2020 season. The Cowboys settled in during the second half of the Nevada game and continued their strong play in week two vs. Hawai’i. UW’s defense shutout Hawai’i in the second half of the Pokes 31-7 home win last Friday. On the season, Wyoming is ranked No. 3 in the nation in quarterback sacks (4.00 sacks per game), ranks No. 9 in the NCAA in fewest first downs allowed (37 total in two games), is No. 14 in the country in rushing defense (allowing opponents only 99.5 rushing yards per game) and ranks No. 23 in the nation in scoring defense (allowing opponents only 22.0 points per game).

University of Wyoming sophomore linebacker Charles Hicks was named the Mountain West Conference Defensive Player of the Week for his performance in the victory over Hawai’i. Hicks was part of a Cowboy defense that held Hawai’i to only 233 yards of total offense, including 123 rushing yards and 110 passing yards. With the Cowboys leading 17-7 in the fourth quarter and Hawai’i driving, Hicks intercepted a pass and returned it 47 yards to the UH 17-yard line, setting up a Cowboy touchdown four plays later to give UW a 24-7 lead with 8:19 remaining in the game. Hicks also had 2.0 sacks and 2.0 tackles for loss against the Rainbow Warriors. He ended the night with 4 total tackles (3 solos and 1 assist). It was Hicks first MW Defensive Player of the Week award of his career, and is the first Defensive Player of the Week honor for the Cowboys this season.

Offensively, the Cowboys got their running game in high gear against the Rainbow Warriors. Wyoming rushed for 281 yards, with junior running back Xazavian Valladay accounting for 163 of those yards and two touchdowns. Graduate transfer running back Trey Smith added 89 rushing yards and two rushing TDs of his own in the win. Redshirt freshman quarterback Levi Williams passed for 112 yards and ran for 29 to account for 141 yards of total offense. Wyoming had 59 rushing attempts and only 18 pass attempts on the night. The offense is ranked No. 21 in the nation in rushing offense (204.5 yards per game), is No. 28 in the country in time of possession (31 minutes and 38 seconds per game), ranks 34th in passing yards per completion (13.27 yards per pass completion) and is ranked No. 36 in the NCAA in scoring offense (32.5 points per game).

Valladay is trying to become only the 12th player in Wyoming school history to rush for 2,000 career yards. He enters this week with 1,924 rushing yards and need only 76 more rushing yards to reach the 2,000-yard plateau. His 163 yards rushing against Hawai’i was the ninth 100-yard game of his career.

The Rams opened the season last Thursday with a 38-17 road loss at Fresno State. Colorado State had its season opener canceled with New Mexico in the opening week of MW play when the Lobos were not allowed to travel to Fort Collins due to COVID restrictions.

The Rams allowed 348 yards passing by the Fresno State Bulldogs in the opening week. CSU rushed for 149 yards offensively and added 223 yards through the air. The Bulldogs went 10-of-18 on third down last week for 55 percent and held onto the ball for nearly 36 minutes.

The Ram defense was paced by linebacker Dequan Jackson, as he had 10 tackles. Defensive back Marshaun Cameron added nine tackles. Defensive tackle Scott Patchhan was credited with six tackles with two and a half tackles for loss along with 1.5 sacks.

First-year Colorado State head coach Steve Addazio is a two-time BCS National Champion as an assistant coach at Florida. He had nine years of head-coaching experience at Temple (2011-12) and Boston College (2013-19) prior to coming to Fort Collins, where he was named the 23rd head football coach at Colorado State. 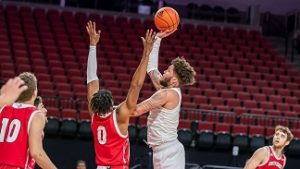 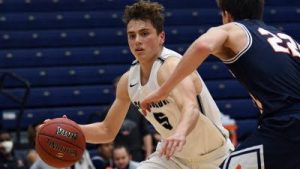