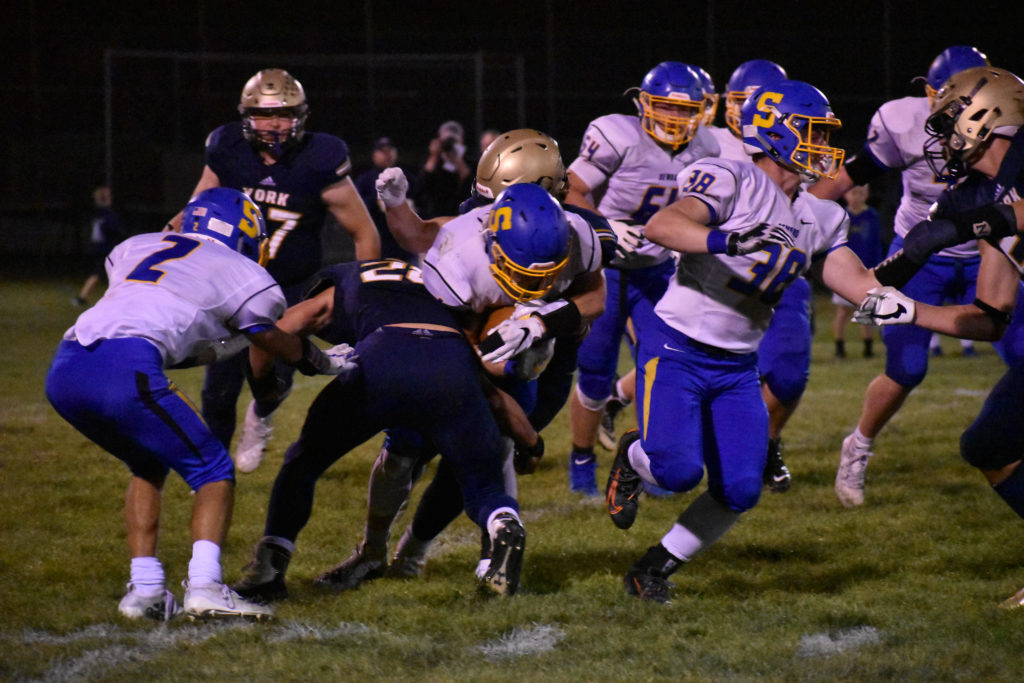 YORK- Seward traveled to York on Friday night and won their first game against the Dukes since 2012, as the Blue Jays came out on top 18-0. For Seward on their first drive they marched down the field 78 yards on eight plays and it was capped off by a one-yard run by Zack Ellingson making it 6-0.

Later in the quarter, right tackle Jordan Kavulak took an end around hand off for 19 yards to make it 12-0. The York defense tightened up and the score remained 12-0 going into halftime. In the second half, it wasn’t until the first play of the fourth quarter when backup quarterback Gavin Sukup hit Boone Duncan on a 35-yard pass to extend the lead to 18-0 and close out the contest.

Seward was led by Gabe Knigsley and his 128 yards rushing. York was paced by Jake Irwin and his 131 yards on the ground. Seward moves to 4-4 and for head coach Jamie Opfer that was his first win over York and the Bluejays will face Beatrice next week. York falls to 2-6 and will hit the road to face Crete next week to try and keep their playoff hopes alive.