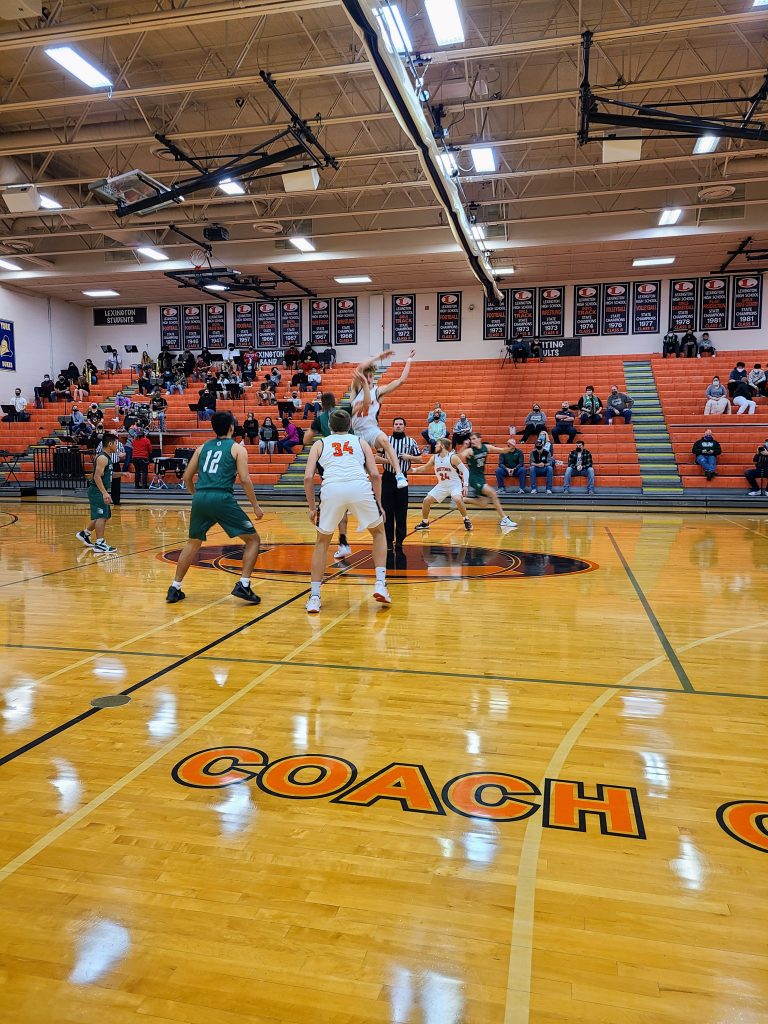 LEXINGTON – In a defensive battle the Schuyler Warriors knocked off Lexington 35-31 on Saturday. The Warriors limited the Minutemen to just two points in the fourth quarter to seal the win.

Lexington started out well, leading 10-3 after the first quarter. They extended the lead with good defense, but the Warriors slowed down the offense with a 2-3 zone defense and a very patient offense. By the end of the first have the lead had dwindled to three points, 21-18.

The third quarter was tight through out, Aaron Langmeier came into the game averaging 17 points for the Warriors 13, including two three pointers in the pivotal third quarter to game the lead for Schuyler for the first time and holding onto it at 30-29 going into the fourth quarter.

The final quarter slowed down. Neither team could take advantage of the other’s poor shooting. The Minutemen finished the game 4-15 from the free throw line. With the loss Lexington falls to 2-4 and Schuyler improves to 3-3.