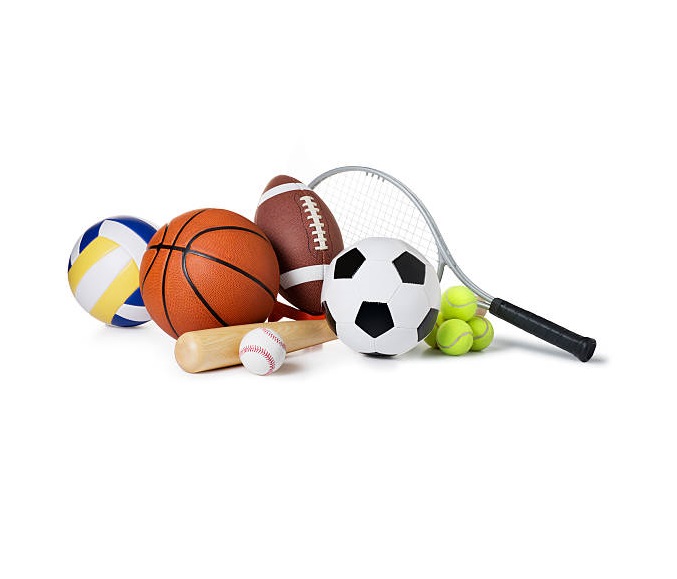 High school teams in Nebraska were just beginning to prepare for the upcoming spring sports when the COVID-19 pandemic arrived.

High schools across the area have been fighting the pandemic and using safety precautions for the past few months like the rest of the country. While everything is starting to open back up, no one really knows for sure how high school fall sports will look across the state.

The Nebraska School Activities Association released an updated version of what high school sports teams are allowed to do during summer workouts on June 11 where every sport except football, basketball, soccer and wrestling can host summer camps, clinics and leagues.

However, a significant amount of damage has already been done over the past few months. It has been the athlete’s responsibility to be in as good of condition as possible.

“Conditioning wise, it’s hurt,” said Mark Tonniges, Winside’s athletic director and head track coach. “This is statewide. This is probably even nationwide. It’s hurt because we’ve stopped doing everything that we would have normally done. We’ve lost our freedom and our ability to prepare for that next season.”

High schools in Nebraska are required to follow the NSAA guidelines as far as social distancing and other regulations. However, it is up to the school if they want to take further measures.

“We’re taking precautions,” Tonniges said when talking about summer workouts. “The numbers were shortened. It was 10 and just before June 1st, they increased it to 24. Our four coaches have been taking them through weight training and agilities in four different groups. We’re a small school. We have small numbers.”

Tonniges, who used to be assistant football coach at Hastings Public Schools, said a school like Hastings has the toughest part because they have a larger number of kids trying to get in the weight room during the week. Even with numbers of a small school Tonniges said it still isn’t easy.

“I’ve heard some are using masks, some are not,” Tonniges said. “As far as what we’re doing, we’re not using masks right now. We’re cleaning after everybody’s use. We’re trying to maintain distance and use the outdoors and indoors.”

Although it is allowed, Winside’s football team has decided not to use its weight room because it is too difficult with the regulations. Naeve said it would be too difficult to lift heavy weights because there could be no spotter, everything would constantly need to be sanitized and it would take up half of the day. Instead, they are spending the beginning part of summer focused on conditioning and agilities out in the open.

How much does all of the social distancing during these summer workouts actually help? It may not matter all that much when they are around each other outside of workouts.

“We can only as a coach at the facility require them to have that social distance, but when they come in together in vehicles and hang around each other, there’s only so much we can do,” Naeve said. “I’m talking with the guys that have come in so far, and they’ve been around each other in one way or another, and when you’re young, you don’t always see the big picture sometimes.”

If a high school athlete did get the virus, Tonniges said they would follow similar measures to the professional sports.

“So they wouldn’t affect the rest, he or she would have to be quarantined from the rest of people until they are well, Tonniges said. “Then there would probably be a process where the rest of the team would have to check more regularly.”

No matter what happens this summer, a fall sports season is not guaranteed. In fact, some schools may decide on their own to cancel games depending on where hotspots are located in the state.

“Right now, I’m on hold until I get regulations that are given to me,” Tonniges said. “It starts from the state and goes to the NSAA to our superintendent who in turn gives me the yes or no. You follow the order and chain of command. Our superintendent is very optimistic about our fall sports.”

Tonniges went on to give his own thoughts on the matter.

“Personally, we do need these activities,” Tonniges said. “I’m not talking just activities, I’m talking play production and all the fine arts that we do. The comradery of the kids, they’re still together now. Yet, the state and everybody says ‘oh no stay away from each other.’ It’s kind of foolish in a sense.”

If there is a football season, Naeve will not require his players to wear masks during the games unless told otherwise.

“I don’t see that as something that’s necessary,” Naeve said. “But if it’s mandated down from NSAA, then we’ll have to go down that route.”

Another idea being considered is having Nebraska high school sports without fans. Tonniges, however, thinks it should be all or nothing.

“Smaller schools, it will be tough,” Tonniges said. “Yes, sometimes, you can drive up and park right along the football fields. Not all stadiums can accommodate that. You look at your Class A in the state of Nebraska. No. It isn’t going to happen. Are you going to take only 50% and spread out people? I have a hard time seeing that.”

If there were no fans, Winside may look into setting up a live stream for football fans this year. Even with no live stream, all of their games are recorded and uploaded to Hudl, so athletes can still show their family and friends their games.

Tonniges said even though fans may be pretty upset if they are not allowed to come to the games, they will just have to deal with it.

“They’ll have to follow our directives,” Tonniges said. “Plain and simple. Will there be pressure? There could be, but we have to follow directives… A lot of rules have changed and that’s what we’re looking at. The safety of the athlete.”

In their latest COVID-19 update, the NSAA made a similar stance saying, “Prioritizing the health and safety of all students and staff must remain the focus of each NSAA member school.”