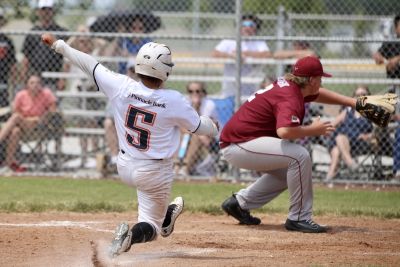 The Holdrege First State Bank Seniors were in search of their first win of the young season Sunday night against Imperial. After falling behind 8-2 heading into the 7th inning, Holdrege would come storming back to score 4 runs to close the gap to two and set up Tate Florell with a chance to win it. Florell launched the walk off three run homer that would help Holdrege to a 9-8 win. The First State Bank Seniors move to 1-1 on the season. Holdrege will play four games in the next five days beginning tomorrow as they face off against Gothenburg. On Wednesday they take on Cozad. Those games can be heard on KUVR and also streaming online at kuvr.com.