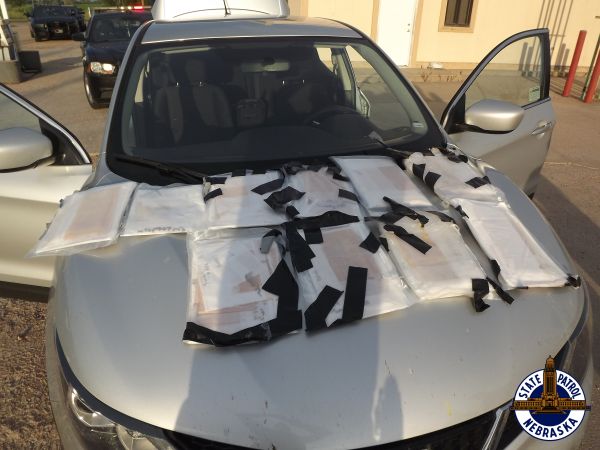 NORTH PLATTE, NEB.  — Troopers with the Nebraska State Patrol (NSP) have arrested a California man and seized 18 pounds of THC shatter following a traffic stop on Interstate 80 near Brule.

At approximately, 7:25 p.m. Wednesday, a trooper observed an eastbound Nissan sedan fail to signal a turn at the Interstate 80 exit at Brule, near mile marker 117. During the traffic stop, a search was conducted.

The search of the vehicle revealed 18 pounds of THC shatter hidden inside the door paneling. The shatter had an estimated street value of more than $400,000.

The driver, Connor Egide, 25, of Petaluma, California, was arrested for possession of a controlled substance and possession with intent to deliver. Egide was lodged in Keith County Jail.